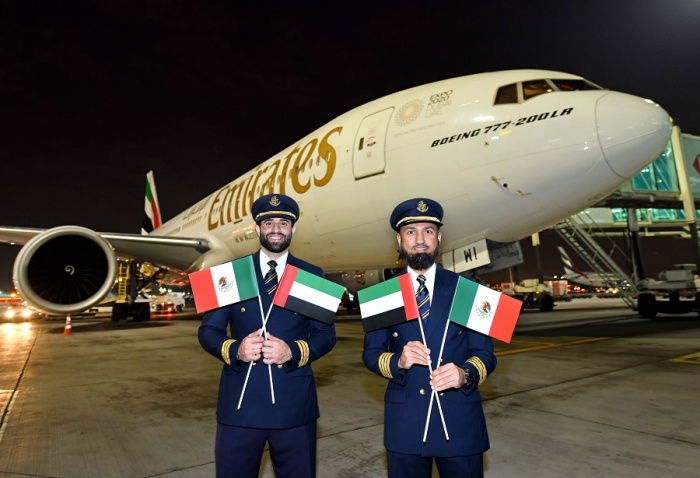 Also on board was Salem Obaidalla, Emirates’ senior vice president commercial operations for the Americas.

The flight will stop in Barcelona before continuing its journey to Mexico City.